As designer and Project Manager, Mark was involved from Initial meetings, through the proposal, programming, design, documentation, bidding, and construction phases. These photographs are from one of the sister school renovations that were designed concurrently with phased construction. The original schools implemented an open classroom concept with perimeter hallways that starved the classrooms of natural light. We developed a design strategy to incorporate large skylights in the corridors with transom / clerestory windows in the classrooms to borrow the light. Educational areas were also divided into individual classrooms for clarity of instruction and as a compartmentalization strategy for safety concerns. In addition to the hallway and classroom renovations, the center of the school was renovated into a “collaboratory” for class projects boasting a space large enough for two classes and ample natural light from dedicated skylights. This project was completed while employed at the Hayes Design Group 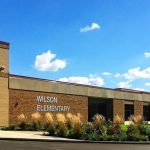 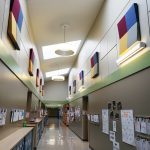 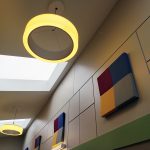 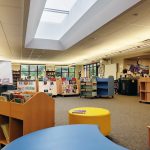 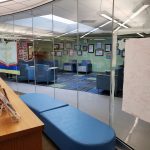 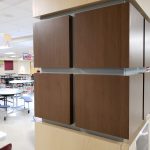 BACK TO "WORK" PROJECTS
Shopping Basket